Keep Calm and Listen Up

The importance of decision making, choice and following through to shape the future of what art music organisations can be. 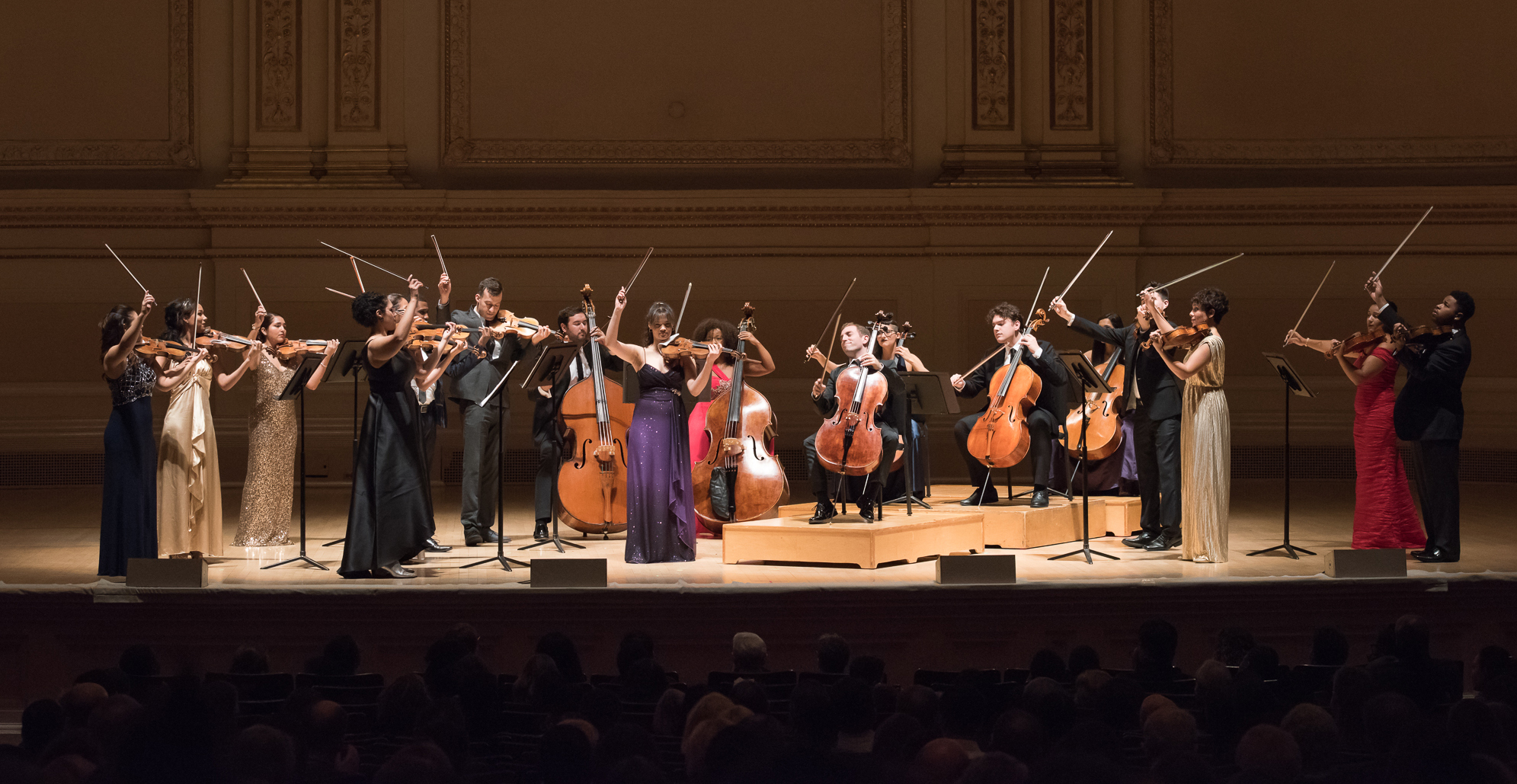 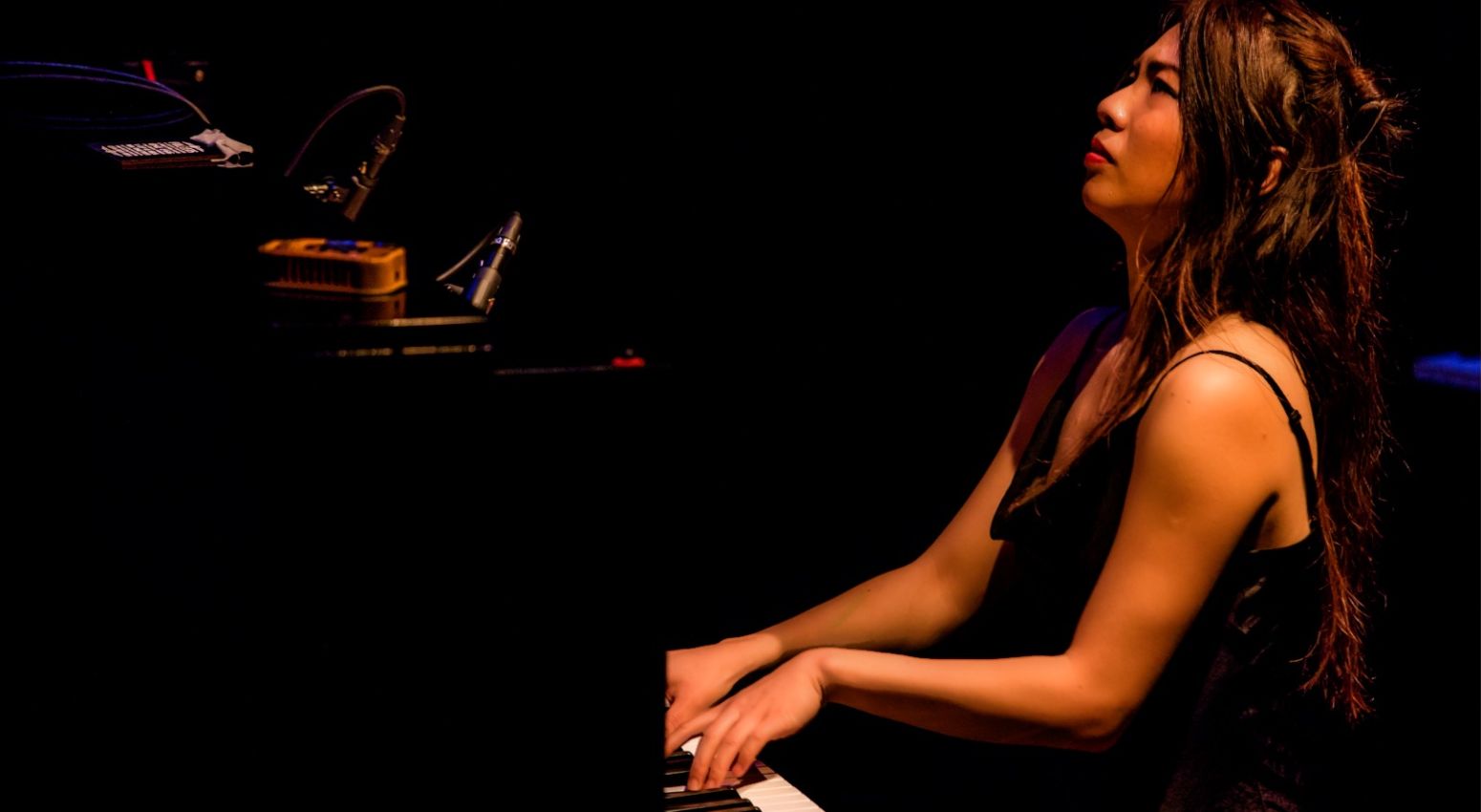 Keep Calm and Listen Up: Leading By Example 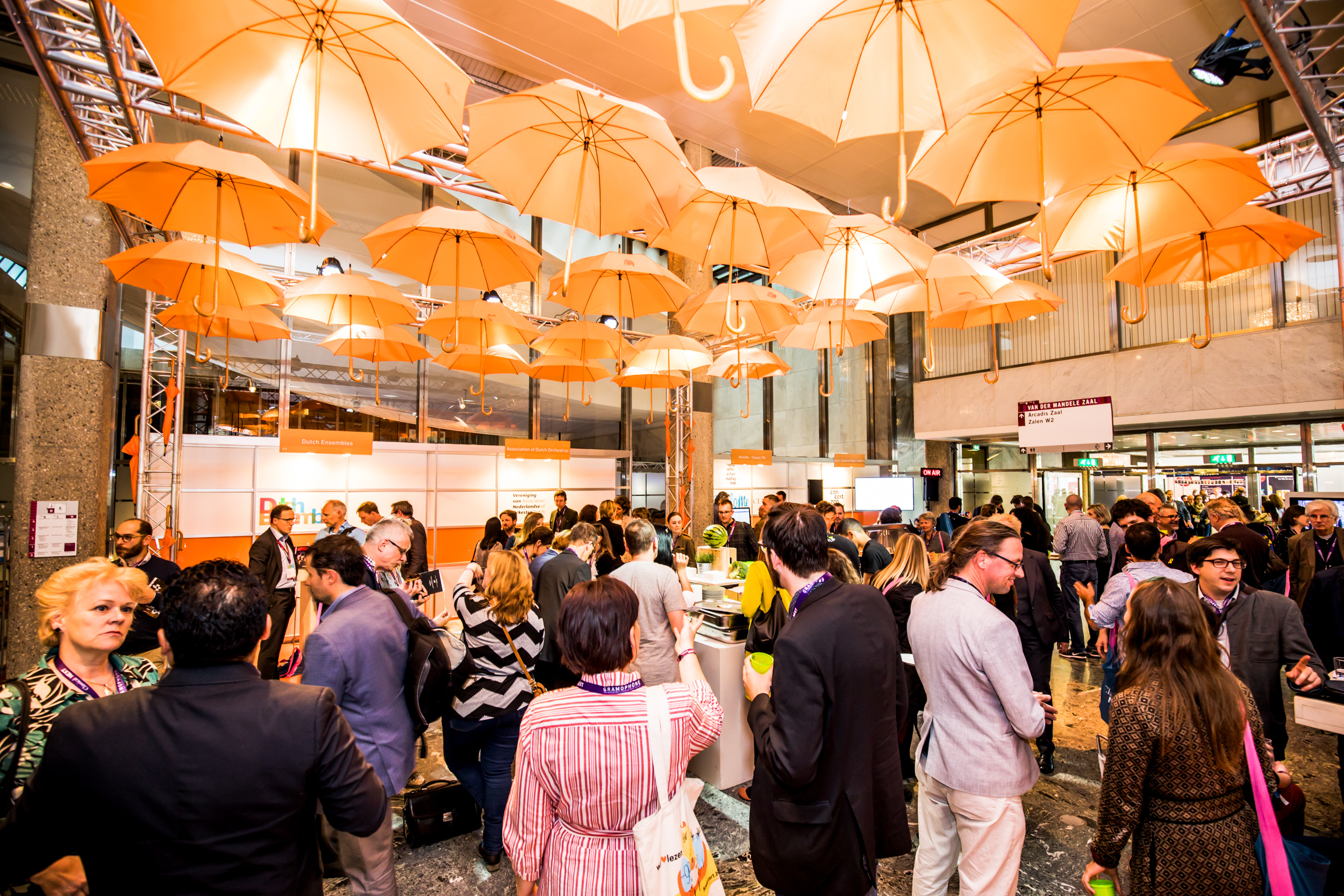 The Black Lives Matter movement gained huge momentum following the music industry led Blackout Tuesday #theshowmustbepaused campaign at the start of June 2020. Music executives Jamila Thomas and Brianna Agyemang initiated the campaign as a day of silence for George Floyd. The wider Black Lives Matter movement as a whole, however, brings to light the deeply engrained issue of systemic racism that not only affects the United States of America, but the entire globe. With the music industry at the helm of a day that became a worldwide display of solidarity, Classical:NEXT reached out to representatives of the art music community to hear what they had to say.

Aliena Haig spoke with Afa Dworkin, president and artistic director of the Sphinx Organization based in Detroit, Michigan, about the role the music industry can play in addressing systemic racism and what concrete measures can be taken by organisations across the art music spectrum.

What can arts organisations do in support of the Black Lives Matter movement, or to make moves towards greater general inclusivity? 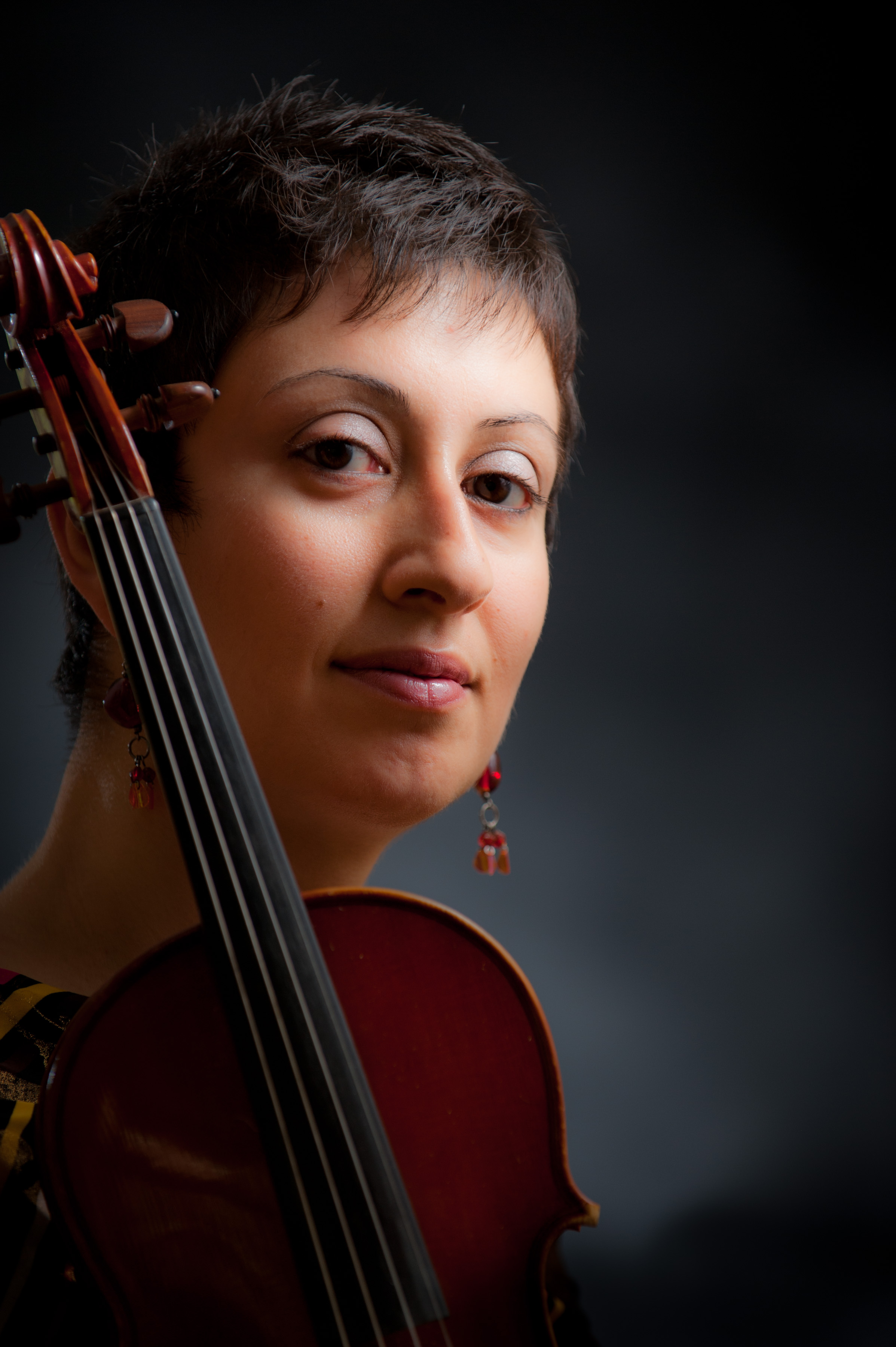 A recipient of the Kennedy Center’s Human Spirit Award, as well as one of Musical America’s Top 30 Influencers in the nation and Detroit Crain’s 40 Under 40, Afa Sadykhly Dworkin is a musical thought leader and cross-sector strategist driving national programming that promotes diversity in classical music. She currently serves as president and artistic director of the Sphinx Organization, the nation’s leading organization transforming lives through the power of diversity in the arts.

Aliena Haig: How are you feeling, given the current circumstances?

Afa S. Dworkin: It is an extremely challenging time in the world and certainly in our country. I also do believe it’s a transformative time, an opportunity for our field, our society and our communities to come together and really allow our accountability and our actions to speak louder than slogans and words. At the moment, my priority personally and professionally, and on every level, the priority of the organisation is wrapping our arms around our artists who are deeply affected not only by the pandemic in a disproportionate matter, but also by the other epidemic which is a much more complex one in our country and that is systemic racism and certainly the tragedy of the loss and the murder of George Floyd. It has had a profound effect on our musicians and our artists, it has evoked emotional, artistically beautiful responses and I’m certainly trying to do all that I can to amplify the voices of our artists and be supportive frankly on every level.

At the same time, what we have, are our ally organisations and partner organisations who are also stepping forward and trying to show their solidarity and find ways to affect their own work and programming through action. I think that’s where the key lies. That’s the role of our institutions, that’s the role of our leaders, of colour or otherwise, to step forward and insist on representation and insist on the true meaning of equity that goes beyond a hashtag or a slogan or one singular statement.

AH: How do you see music’s role within all of this? The #showmustbepaused campaign originated from the music industry. Do you feel as though music has a role to play within the wider movement and in achieving the goals it aims to achieve?

ASD: Absolutely. Music has had a pivotal, a critical role all throughout history of this country, as part of the freedom movement. The civil rights movement has it’s so to speak soundtracks. Music is a vital piece of any social movement. For an organisation like Sphinx that sits at the intersection of social justice and the arts, it was certainly wonderful and empowering to see as sense of solidarity during Blackout Tuesday. I think it’s a gesture, it’s a statement. I just think it’s critically important that we go beyond that, that we sustain the effort and show through our very specific actions, choices and decisions, as well as advocacy, that we truly believe in a shifted perspective and a new order, a new way of thinking and doing. The danger sometimes for our field and our institutions is to remain in these singular actions or expressions of an institutional position, the way in which one organisation or even several feel. Now is the time to truly live up to what we believe equity and representation means.

If we stand with the Black community in the wake of this tragedy, then it is our absolute responsibility to say as an educational institution for example, we also will do everything we can to ensure that our recruitment, our retention practices are welcoming of, engaging and retaining of faculty, of guest artists, of these artistic voices from the Black community are also part of our decision making, and is something that becomes an overall institutional priority, not for a month, not for one Tuesday, but really from here forward. If we are an orchestra or a presenting house, we have to make a commitment that our artistic choices are going to be exactly reflective of what we are talking about right now. It cannot be in the moment, it cannot be in an increment of one day or one month, in association with one hashtag or one anniversary. It has to be from here forward.

I think we have not only a responsibility but an important opportunity. I do believe this opportunity has been here but I’m also an eternal optimist. I do believe and hope that those who are the gatekeepers and the beholders and the curators of these decisions and choices can step forward, join Sphinx, but join countless other organisations around the country and frankly around the world, who are trying to devise an action plan and actually follow through. I think follow through is going to be the most important thing from this tragedy.

AH: What would be some of the concrete steps, or some examples, that some of the bigger organisations from the art music world could implement as a sign that says “We hear you!” and this is how we can support you?

ASD: On an immediate basis, some concrete things we can do would be connect the music we perform, the arts that we present, the repertoire we choose as a performing arts organisation to be reflective of our communities. If we live in a city like Detroit, think about what equity would really look like if our programming was reflective of our population, which is more than 90% Black, African-American. Of course, it will vary from community to community, so it’s about repertoire choices. Every time we make a commissioning choice for example, we commission a new work by a living composer, think about and select and invite and engage a composer of colour. Every time there is an opportunity to engage a guest artist, somebody who comes in to perform for our community and engage with and talk with our communities, which is so significant because it’s an opportunity for the community to get connected, get to know, to understand, to shift what they think. Every time there’s a choice, make the choice to engage a non-white artist. Whenever we’re planning our season a year ahead or two years ahead, ensure this is doesn’t just happen for one month or one season, but that it’s really from here forward. I also think one of the things that is really simple: there is certainly a lack of leadership of colour. Not only from Black communities, but from Latinx and beyond, in executive roles, as well as mid-management and entry positions, all throughout there is a dearth of representation.

An immediate thing we can do is make a decision to make diversity a priority, an absolute institutional priority, to hire professionals and leaders and emerging leaders who come from these communities who we are saying we are in allyship, in partnership with, with whom we say we stand. Now it’s just time to practice that.

Orchestras have a perfect opportunity right now to look at their boards and to create opportunities to invite leaders from the communities who are representative of their target populations. Absolutely commit to devise a plan that in three years you want your board to look exactly like your community. That would be a wonderful thing. I know it has to start someplace, it’s not going to be an overnight, immediate thing, but it’s a matter of starting and actually doing it. The biggest request and urging I have of our institutions is to not get bogged down in roundtables, committee meetings and conversations whose work will take years and say that it’s a complex process so that we don’t have to look five years from now to another potential tragedy and say that we are in the same place that we are. I think it would be poignantly unfortunate if we allow time to go by without acting. So those are the tangible steps we can take.

Some of these choices do not require, we have all of the talent, we have all of the knowledge, we have databases of musicians, Sphinx has more than 700 of its alumni who are ready, prepared, poised, giving and motivated. What I know is that there is not a lack of talent and there is not a lack of access to such talent. Those things are myths and must be dispelled immediately. Anyone who says we don’t know how to access these leaders, we don’t know how to access these minds, these artists, I want to offer comfort and say they are right here. It is not a matter of Black availability. There are databases of these musicians and artists who are willing to play, willing to collaborate, to cooperate, to be engaged and certainly be heard. Not only be heard, but actually be listened to, which means that as we learn from them, as we engage with them, it isn’t just a matter of giving them a singular platform, a singular performance opportunity, it’s also a matter of hearing what we are learning and letting that become our practice. Letting what we learn be the primary thing that informs what we actually do in a sustained matter.