Classical:NEXT kicks off with an opening gala that showcases the NEXT music of a specific country as well as ignite talks from some of the biggest names in classical and contemporary music.

For Classical:NEXT 2017, we changed the game. Instead of showcasing a country, the 2017 Opening asked: ‘What’s the point?’, showcasing exactly how relevant classical music remains today. The opening programme, a joint production of Chineke! Foundation, Sphinx Organization, de Doelen and Piranha Arts, featured a small selection of the many projects and people from around the world that answered this question in ways relevant to their communities.

The Chineke! Orchestra, the main live ensemble of the evening, were one particularly recent and shining example. The organisation aims to be a catalyst for change, by increasing the representation of BME musicians in British and European orchestras. At Classical:NEXT, the orchestra presented a varied programme, with soloists Tai Murray (violin), Isata Kanneh-Mason (piano) and Chi-chi Nwanoku MBE (double bass), as well as Nicole Jordan (soprano), and conducted by Shaun Matthew.

The evening also featured short introductions to several projects that served as positive examples of the changes classical music can make within communities. See more information on these projects below. 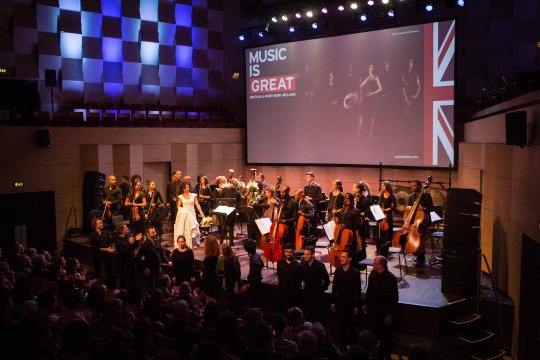