These are the winners of the Classical:NEXT 2019 Innovation Award. They were determined by an online vote open to the entire Classical:NEXT community, including all delegates who have registered for any of our editions and who are linked via C:N NET. The winners were announced on site at the closing ceremony of Classical:NEXT in Rotterdam on 18 May 2019.

The nominees were named and voted for by the 30 expert members of the nominating committee from the 37-strong longlist. Longlist, shortlist, public vote - read here how our Innovation Award works.

"Keychange is a pioneering international initiative which empowers women to transform the future of music and encourages festivals to achieve a 50:50 gender balance by 2022. 60 emerging artists and innovators from across Europe will be invited to international festivals to take part in a series of showcases, collaborations and a programme of creative labs. Backed up by an innovation fund for the network to test new projects and ideas, Keychange aims to accelerate change and create a better more inclusive music industry for present and future generations. Keychange is led by PRS Foundation, supported by the Creative Europe programme of the European Union, in partnership with Musikcentrum Sweden, Reeperbahn Festival, Iceland Airwaves, BIME, Tallinn Music Week, Way Out West, Liverpool Sound City and Mutek. Find out more keychange.eu" 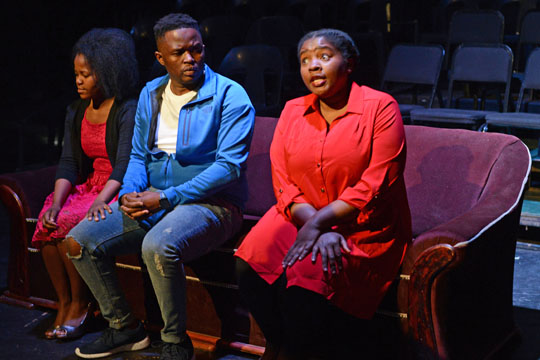 South Africans - a huge majority of them living below the poverty line - sing opera. From her home base in Berlin, South African-born music journalist Shirley Apthorp watched the evolution of post-Apartheid South African opera, and decided to found an organisation bringing together European know-how with South African talent and insight. Since 2010, Umculo has produced ten operas in, with, and for South Africa’s disadvantaged communities, using old and new music to tackle such social issues as gender-based violence, crime, corruption and poverty. Social outcomes show growing success, while Umculo’s work wins consistent acclaim for its artistic achievements and courage. European houses can learn from South Africa’s fresh take on historic forms, while South Africa’s underserved communities are quick to accept opera as a necessity, not a luxury; the stage is a safe space to address burning issues. Umculo’s 2019 production “The Gift” will be created by an all-female team from Langa, near Cape Town, addressing the controversial topic of “corrective” rape. 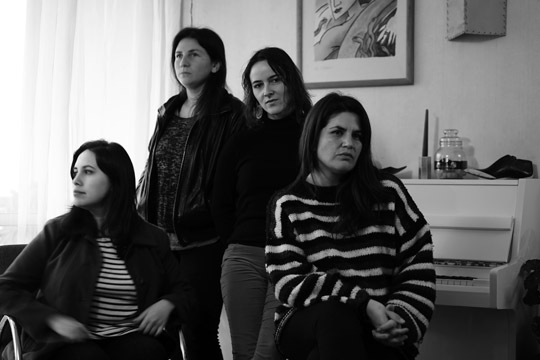 Collective of women in music, Chile. Resonancia collective was born in 2012 in the city of Valparaíso, Chile, as a project that seeks to vindicate the situation and presence of women in music, mainly from the composition, transforming over the years into a platform for dissemination and promotion of work Musical performed by women. The collective came together to create the first phonographic record with works by Chilean composers of the 21st century. In this record there are works by Katherine Bachamnn, Natalie Santibañez, María Carolina López, later they make a record together with Comuarte México and Murmullo de Sirenas España. They have carried out other projects that seek to open spaces for work and appreciation of women musician by establishing the first international gathering of women in Music in Chile, awarding the Añañuca prize to a woman outstanding for her career and musical contribution to the country.